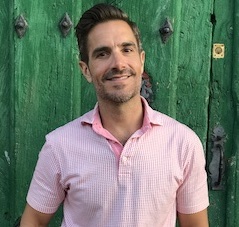 Paul Martin brings 20 years of experience at start-up and technology ventures, leading marketing and business development in the US and abroad. In his work with FGHA, he has lead the Opportunity Fund as Program Director and co-Chaired the Governance Committee. Because of his commitment to working with FGLI students and alumni, he organized alumni at MIT to establish First Generation Alumni of MIT in 2020. Most recently, he is earning his marks as a Certified Financial Planner (CFP). He has launched a financial advisory practice focused on college affordability and helping families of all backgrounds though the financial aid process to realize their college dream.

Harold S. Lewis recently concluded 30+ years of multi-faceted work in the private and public sector holding leadership positions in and advising clients within industries such as utilities, digital and traditional media, higher education, telecommunications, and financial services. Most of his career was in Management Consulting with firms such as Accenture, ScottMadden Inc., and Huron where Harold helped his clients excel. Harold also worked in the media and communications industry with The Atlanta Journal-Constitution newspapers, The Weather Channel Companies, and Cox Interactive Media along with several high-tech/Internet focused start-ups. Harold is a first-generation college graduate earning his AB in Economics from Harvard in 1985 and also has a Masters in Business Administration in Finance from Emory University’s Goizueta Business School. Personally, Harold has one adult child, a son named Miles, who will graduate from the University of Virginia in 2021 with a Bachelor of Science in Commerce and begin his career in private equity and real estate in Chicago with Walton Street Capital. Harold is engaged to Mia Wright, Harvard Class of 1987, and will soon reside in Port Chester, NY.

Ms. Layla A. Ramirez is a first-generation Harvard Business School '17 and Smith College '09 alumna. She leads Inclusion, Diversity and Equity efforts at Amazon Web Services, a global cloud service provider, where she is accountable for building, scaling and managing leadership development programs to address the needs of early, mid-career and executive level Latinx talent across the globe. As a seasoned business professional, Ms. Ramirez has over 10 years of experience working in a multitude of cultural contexts throughout Asia, Europe, North America and Latin America. Her functional expertise includes strategy, operations, business development and inclusion, diversity and equity. Her industry expertise includes Financial Services, Non-Profit and Tech. Lina Tetelbaum is a Corporate Partner at Wachtell, Lipton, Rosen & Katz and has advised both public and private companies in a wide range of industries in connection with mergers and acquisitions, capital markets transactions, proxy contests, takeover defense strategies and other corporate governance matters. Lina is a first-generation Harvard Alumni and received an A.B. magna cum laude in Economics from Harvard University in 2007. Lina completed a J.D. from Yale Law School, where she was a Paul & Daisy Soros Fellow for New Americans and served as editor-in-chief of the Yale Journal on Regulation and editor of the Yale Law Journal. After law school, Lina served as a law clerk on the U.S. Court of Appeals for the Ninth Circuit. Lina is a member of the board of directors of the Stuyvesant High School Alumni Association where she has served as Vice President. Previously, she served as President of Harvard’s Seneca, Inc., and secretary to the Corporation Law Committee of the Association of the Bar of the City of New York. Carl Arnold is a Certified Public Accountant working in Boston, Massachusetts at Citrin Cooperman, a nation-wide public accounting firm. As a first-generation graduate, he received his Bachelors Degree in Accounting from Bentley University and a Masters Degree from Southern New Hampshire University. Outside of work, Carl spends his time volunteering with his local little league and high school baseball programs. With baseball being his first passion, he has started a baseball equipment and apparel company with the goal of giving back to the baseball community. Christine Gentry is a Visiting Assistant Professor, Residency Director, and Content Mentor in the NYU Teacher Residency. She has been a member of First Generation Harvard Alumni since 2015, first serving as a mentor for two years, then co-chairing the Los Angeles chapter for two years, and most recently serving on the Red Book committee. She is currently one of two Alumni Affairs Directors on the board. Christine’s academic research explores the intersection of identity development and community in the urban public school classroom. Before her work in teacher preparation, Christine taught English, creative writing, and oral storytelling in the public schools of Boston and New York City for twelve years. She holds a B.A. from Baylor University, an Ed.M. from Harvard Graduate School of Education, and a Ph.D. from Columbia University. Tracy Ellis is a first-generation Harvard-Radcliffe alumna '84 who holds an AB in Sociology and an MBA from the Anderson School of Management at UCLA. She has broad experience in non-profit and start-up business environments in the fields of education, media, and tourism focusing on business development, membership and constituent relations. Tracy currently directs public affairs and community engagement for an environmental education non-profit and runs a for-profit continuing medical education business founded with her brother, fellow Harvard alumnus John Ellis, MD ’77. Tracy is active in the Harvard Club of Miami and serves as Vice President of UCLA’s regional network, South Florida Bruins. She currently lives in Key Biscayne, Florida. Sadé Abraham serves as an Academic Coach for the School of Engineering and Applied Science at the Harvard University Academic Resource Center. Sade recently completed her second master’s in cognitive neuroscience through the Harvard Graduate School of Education Mind Brain and Education program. Her research explores toxic stress, trauma, and adversity through the lens of neurocognition and education. Sadé began her professional tenure at Harvard serving as the founding director of “FYRE”, a pre-orientation program that supports first-gen low-income students and has served as Interim Assistant Director at the Harvard Foundation for Intercultural and Race Relations. Prior to Harvard, Sade spent seven years working in university leadership including three years in Abu Dhabi and Dubai as an instructor, academic advisor, and founding member of the first residential college program in the Middle East at New York University Abu Dhabi. Anne Marie Connell is the Director of Corporate Communications for OneShield Software. Anne Marie is a first-generation Harvard alumna who received an A.B. in History from Harvard University in 1984, an M.A. in Political Science from Rutgers University, and an M.B.A from the Yale School of Management, where she received the Jess Morrow Johns (B.A. 1947) Memorial Scholarship for Advertising and Marketing.

Anne Marie brings over 25 years’ experience in global integrated communications and innovation programs for leading brand companies, including Verisk, AXA XL, AIG, JPMorgan Chase, and Citibank, and for startup technology firms. Her goal is to deliver effective communications to engage FGHA and FGLI students and alumni so they know they’re not alone. Anne Marie lives in New Jersey, not far from her roots in the Bronx and Yonkers. Nancy Serrano-Wu is an immigration attorney who has represented clients in deportation defense in Immigration Court, USCIS and Probate Court, with her practice focusing on the needs of low-income Northern Triangle Immigrants. Nancy joined the First Generation Harvard Alumni (FGHA) Board in 2020 as co-director of Student Affairs. Nancy has been a longstanding volunteer at Harvard. Her service has included being a Harvard College Alumni Interviewer for over 15 years, Convocation Marshall, Commencement Marshall Aid, and member of the Harvard College Reunion Committee. She holds a Bachelor of Arts Degree in Government from Harvard University, and a Juris Doctorate from NYU School of Law.

Yordanka Valdés Delionado is currently an Assistant Professor at Florida International University College of Law where she teaches various courses on legal research, legal writing, and appellate advocacy. She mentors FIU law students and graduates and recently participated in Harvard Law School’s inaugural 1L Mentorship program. She is also a co-chair of the Miami Chapter of Harvard Law School’s Women’s Alliance. She is a former Assistant United States Attorney in the Southern District of Florida and was a member of the commercial litigation team at Hunton & Williams LLP (now Hunton Andrews Kurth LLP) in Miami, Florida.

She received her J.D. degree from Harvard Law School where she was the Managing Editor of the Latino Law Review. Upon graduation, she served as a Harvard Law School Samuel J. Heyman Fellow for Public Service. She completed her undergraduate studies at the University of Miami. She was born in Camagüey, Cuba, and is a first-generation graduate. Leslie Jiménez is currently the Director of Equity, Inclusion and Belonging at Cambridge Public Schools. Prior to this role, Leslie served in diverse leadership roles in both the charter and district sectors across the K-12 spectrum, including as a high school science teacher, parent workshop coordinator, founding instructional lead teacher at a middle school, school administrator at an elementary school, and a central office director in Compton, Los Angeles, San Jose and Oakland, California. In each of these leadership roles, Leslie focused on improving the opportunities and outcomes for traditionally underserved student populations, including first-generation, low-income, English Learners, Latinx, African American, and Special Education students.  And, it is with this same commitment for equity that Leslie is excited to serve in the FGHA Board as a Director.

Leslie is a proud first-generation Mexican American from Compton, California and holds a bachelor’s degree from Harvard University and a master’s degree in Education Policy and Administration from Loyola Marymount University. Most recently, she received her Doctorate in Education Leadership (Ed.L.D.) from the Harvard Graduate School of Education (HGSE), where she  also served as a teaching fellow, field advisor, member of the Dean’s Advisory Committee on Equity and Diversity and the Reimagining Integration Diverse and Equitable Schools (RIDES) program. While at HGSE, she also helped support the launch of the Next-Gen Initiative, a role she continues to serve today. Andrew Pérez is a 2020 graduate of Harvard College and  consultant at Oliver Wyman's Boston office. During his time at the College, he served as the president of PRIMUS and the co-founder of First-Year Retreat and Experience (FYRE), a pre-orientation program for first-generation, low-income (FGLI) students. Thanks to these two roles and his continued proximity to Boston, he has strong ties with current students, administrators, and faculty. For the past 6 months, he has worked closely with FGHA's leadership to support FGLI students during the COVID-19 pandemic. Over the next few years, he hopes to create a stronger pipeline from the college to FGHA by executing year specific events that keep students at all years engaged with the association.